What started as a journey to find the BEST therapies for my son and to help educate others about my son and his struggles, turned into a path of self destruction that I never saw coming until I was at my worst, 5 year’s later.

If you walk into my home you would assume it is some sort of therapy office. Everything I had seen my son’s therapists use that was helping him, I went out to buy for our house. Learning resources, books, special pens for writing, sensory toys, weighted blankets, swings, crash pillows, games, puzzles, things that promoted speech and language skills…..you name it, I bought it. I thought that I had to carry over everything at home or I would be failing him and his progress.

In 2012, I spearheaded the first ever walk for children with Apraxia in my home state of Rhode Island as a volunteer with the only national non-profit called Apraxia Kids. I wanted to meet other families with the same diagnosis who understood our journey, and I wanted to educate as many people as I could about Apraxia and how it effects children. I went on to coordinate this walk for 5 year’s, and to this day, it is one of the most highest highs of my life.

During those 5 year’s planning and coordinating the walk, I began to see a common thing each passing year; other kids were talking and moving on with their lives, while my son was still hardly able to say 2 words together and 90% of the time it was unintelligible. At first, I was just happy for these kids and their families. I swear I was SOOO happy for them. But as more time passed, I began to realize that my son may not ever have intelligible speech. The more and more I let that sink in, the more and more I sank.

By September of 2017, my last year coordinating the walk, I honestly felt like I lost my ambition to raise awareness. I lost what felt like my purpose to help others because I could not help my son and truth be told, it hurt. A lot.

About a month later, we moved to Florida. This is when I really started to become unraveled.

Shortly after getting settled into our new surroundings, I noticed some very big changes in Talan and his behavior. He became extremely anxious over things and he would whine and throw himself on the floor repeatedly while having majorly strong meltdowns.  For a little while I thought it was just the move and all of the big changes, but as time went on it got worse. I watched my son scream bloody murder and cry, I watched him hit the floor or wall with his palms as hard as he could, I watched him grab and pull at the skin of his arms and face. I watched my son fall apart on a daily basis from the moment his eyes opened at 6:30am, until he went to bed at 9:00pm. Getting out of the house became harder and harder, and eventually we stopped. We stopped our fun outings to the library, the playground, even the beach. The only place we could have fun was at our pool.

After discussing these changes with his Pediatrician, we decided to have Talan evaluated by a Neurologist.

We waited 4 months to get an appointment and the entire hour long drive to the appointment I felt sick. SO many thoughts and worries.

At the end of our almost 3 hour appointment, the Doctor told us that Talan had Autism. He also told us that he would more than likely struggle for the rest of his life. This was the moment that flipped my world upside down.

I left that appointment crying and feeling utterly defeated. But like I always do, I buried my own feelings and pulled up my big girl pants. I was ready for this. I will do what is BEST for my son and it will get better with the right therapy. Problem was, we already had the BEST therapists and it wasn’t working.

I never really had the chance to process anything. I never allowed myself the time I needed to wrap my head around another diagnosis added to the laundry list of other things he had going on.

Three months later, I started to feel extremely overwhelmed. The level of complete exhaustion was unbearable and the anxiety I felt the moment I woke up was crippling. I started withdrawing myself from friends and things I enjoyed. I couldn’t sleep and I was not eating well. Simply put, I was not taking care of myself. I had lost myself in trying to do SO much to help my son that I ultimately became his diagnosis. I was no longer a wife, a mom, and even worse…I was no longer Kendra. Everything I did was for Talan. I ended up being his teacher (we home school), his speech therapist, his occupational therapist, his physical therapist, and was there to put out a million tiny fires every single day. I never really had the chance to just be his MOM. The days were long, draining, intense, and limiting. My home became my prison instead of a quiet safe place. I felt trapped. I couldn’t breathe. But I kept going at this pace, even though I felt like I was drowning.

Fast forward to today, another 3 months down the line, 8 months since his Autism diagnosis, I experienced my first ever intractable Migraine which lasted for over 14 days. The pain was terrible and I felt lousy all over. I had extreme vertigo and felt dizzy all of the time. I felt ill daily. This was not normal for me so I finally decided to see a Doctor. After several labs and LOADS of blood work, my Doctor called me personally to tell me that he believed I was suffering from Adrenal Dysfunction and that he believed the culprit was “extreme long term stress”. He told me in order to feel better I had to make some dietary and lifestyle changes and I needed to “eliminate stress”.  I thought HA!! Sure Doc, that should be easy. Are you FREAKING KIDDING ME???  I was already doing the very best I could to manage my stress and to “cope” better.  Meditation. Prayer. Walking.  Talking to a therapist. Medication. Did I mention that I have also purchased enough self help books to open my own little shop? I mean, what more could I do?

After taking a few days to think about everything going on in my life, and making a list of the changes I absolutely needed to make, I realized a very big elephant in the closet. ME. I was the elephant. I was the one who put this immeasurable amount of stress on myself! I was the one who thought I could “fix” my son and that I was the ONLY one who could help him. I dove into the water of special needs parenting without a life jacket. Sure, I did awesome at riding those waves for a few year’s, but over time, my body was getting weaker and weaker and could no longer keep myself afloat. Did I ever ask for help? Nope. When someone asked how I was doing, my immediate answer was “I’m doing good”. LIE.

Why did I do that? Honest answer; I thought that I was the only one who could take care of my son. I was afraid that no-one would understand him like I do. Even admitting this and writing it here makes my eyes open so wide. I can’t help but think “wow”, I really went overboard and lost it. Of course, I did all of the above out of love for my son. Our job as parents is to protect them. When something is wrong we want to comfort them and make it all better, and I am finally realizing that I can’t make it all better. I just can’t.

The more and more I think about it, Talan is fine. He is totally and completely FINE. He doesn’t know a world any different than his own. He is happy. He is healthy. He is thriving in all of his therapies and with his school work at home. It took my getting sick and being on the verge of a breakdown, literally, to see this and to realize that I need to start taking care of myself again.

I am a work in progress. I am learning and growing from all of this. I am walking twice a day every day, doing yoga once a week and being gentle on myself and my body. It will take a while for me to heal, but I will heal on more than one level. I am allowing myself time to rest. Time to myself, even if that means I get up an hour earlier than anyone else to enjoy a cup of coffee, I do it. I allow myself the break, and if that means I put the tv on and let that be the babysitter for an hour then so be it. I don’t have to be ON 24/7. I don’t have to push myself to do just a little bit more.  I am learning to say NO. I am learning who the hell I am and what makes me happy and fills my cup.

So the next time someone asks me about myself I won’t jump to say ” I am a mom….a wife….a nurse….a teacher”. I will just be me. Kendra. All the rest are just bonus parts of me.

Parents: whether you are a single parent, a special needs parent or you have an army of help, TAKE CARE OF YOU. Don’t lose yourself in the mix. Be gentle and kind to yourself. 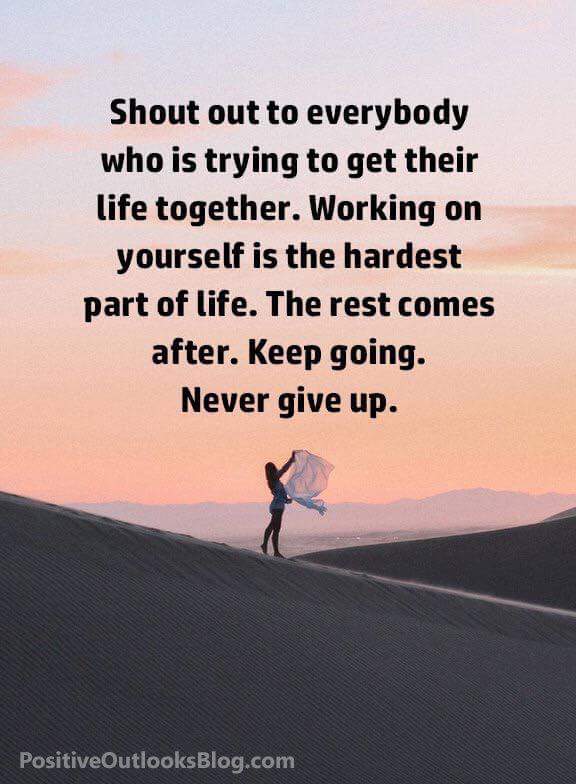